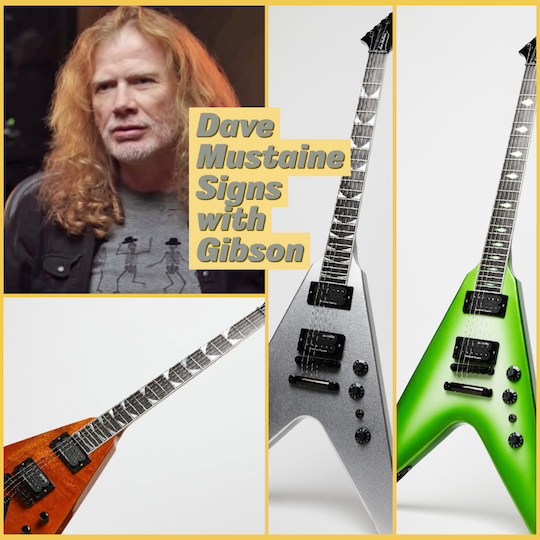 So, it turns out the rumors were right all along! Dave Mustaine is now endorsed by Gibson Guitars! The new partnership was officially announced on February 23rd, 2021, with a brief YouTube video of Mustaine, and Gibson CMO Cesar Gueikian, talking a little bit about how this deal came together. However, they didn’t reveal that much just yet. I’d imagine they’re saving some of that content for later.

We don’t yet know all the specs of these guitars or how many finishes there will be, but we know this: Dave’s signature line will span across 3 brands: Gibson, Epiphone, and Kramer. Gibson has made public some photos of the Gibson and Kramer models, but I haven’t seen any images from the Epiphone line.

Gibson also announced an acoustic signature guitar but I’ve focused on the electric guitars in this article.

The Kramer one is the pointy V type that we all associate with Dave. It reminds me of his Jackson KV, which probably is by design. The Gibson ones have the round-horn V shape but with the hockey stick headstock. Dave’s a fan of six-in-line headstocks, so that’s not surprising. 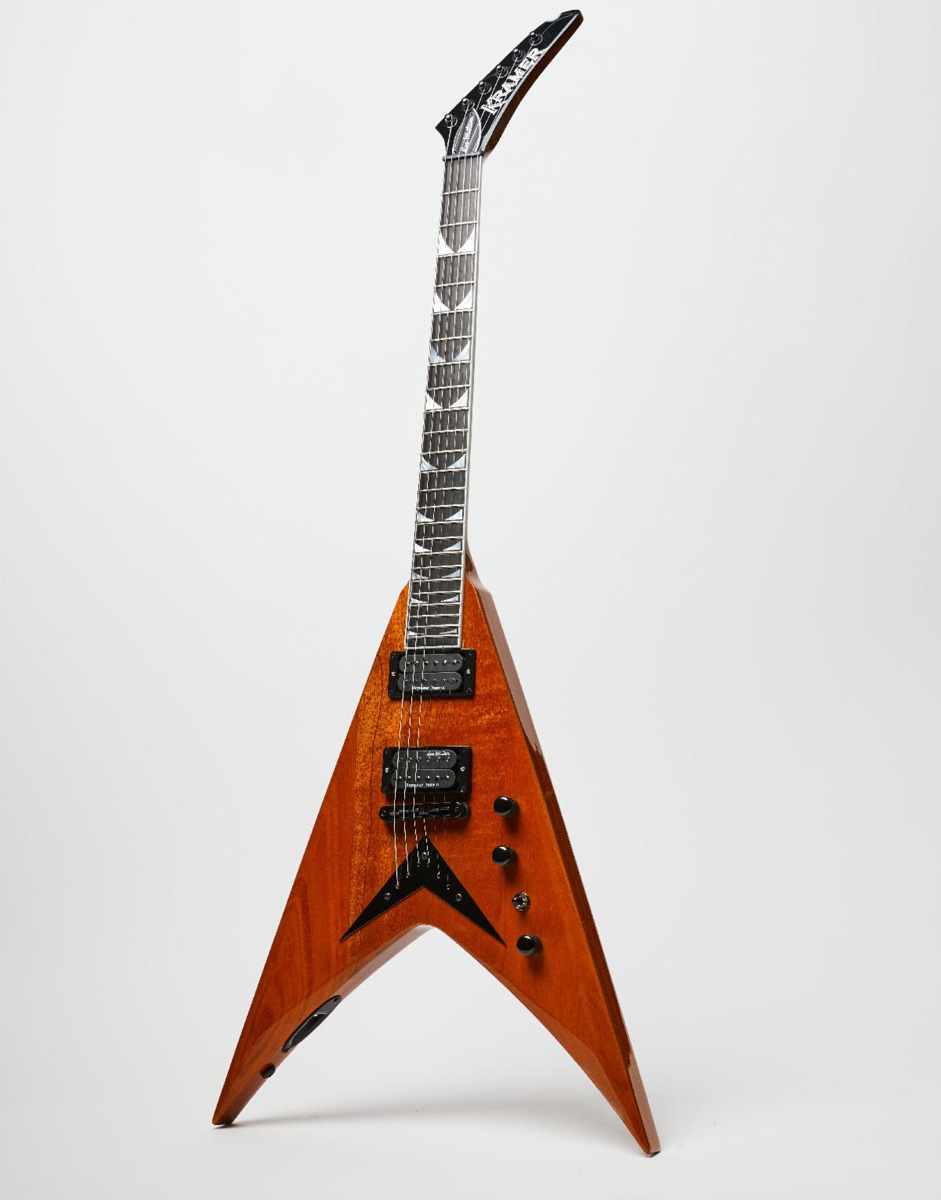 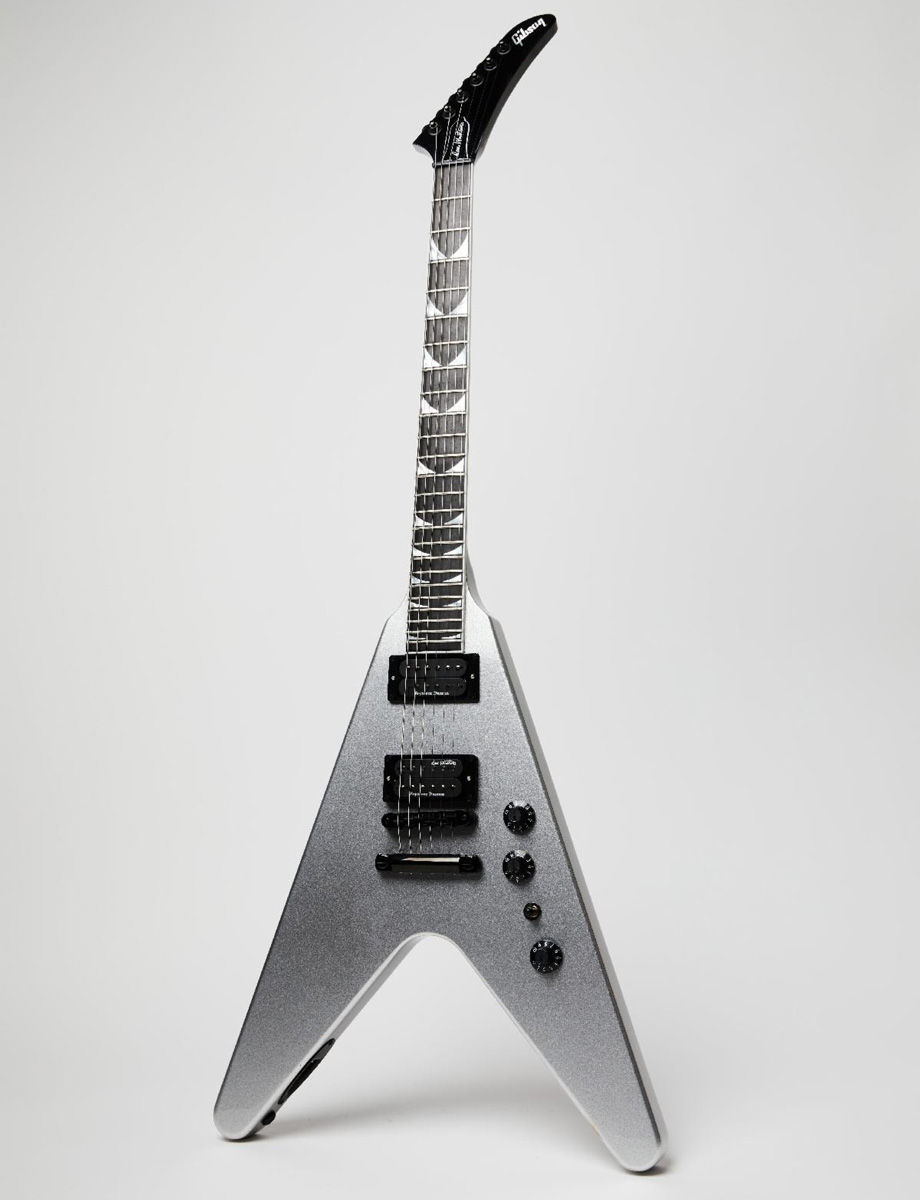 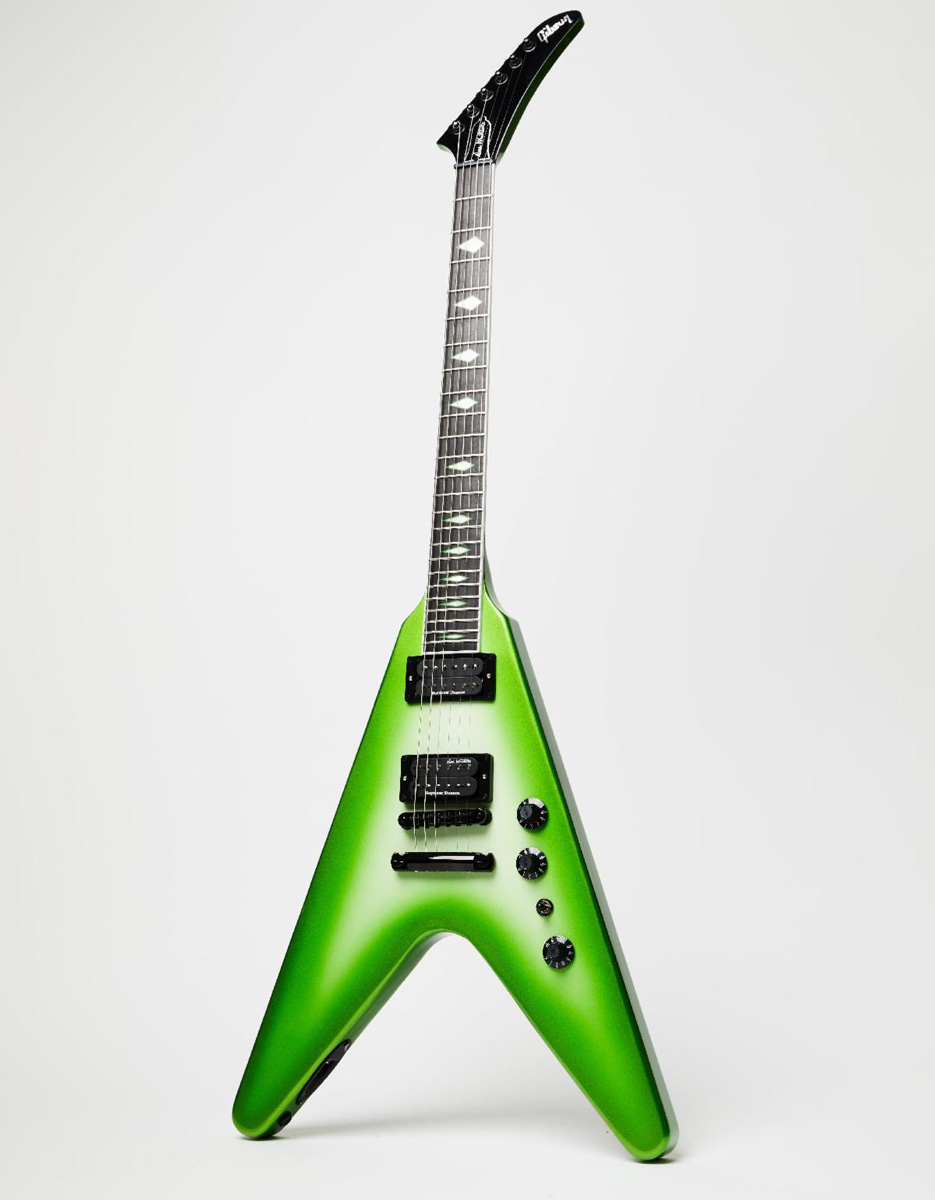 The guitars feature 24 frets like Dave has always played. What was interesting to me is that while the Kramer features a string-thru bridge, the Gibsons had a stoptail. I don’t recall Dave ever playing with stoptail before. His Deans were all string-thru, except for some DCR versions equipped with Floyds, which Dave himself did not play. I’m curious how Gibson convinced him to go with the stoptail, but I’m glad they did because I dig the look.

The other interesting thing is that Dave seems to have gone back to passive pickups. As you may know, he was using his active LiveWire pickups with Dean. I didn’t see those in any of the new images from Gibson. I used to own a Dean Zero with the LiveWires, and they always seemed way too bright for my taste. I assume he now has the Thrash Factor in the bridge because I can see his signature on the pickup. I have that in one of my other guitars, and I love it! So, the pickup configuration looks promising. I imagine the Thrash Factor is in the bridge, and he’ll probably have a Seymour Duncan Jazz in the neck.

The online reviews, so far, have been relatively positive. Obviously, no one, other than the few select people at Gibson, has actually played the guitars, so we’ll have to wait for more detailed reviews of playability and sound.

My impression of the guitars is also positive. I didn’t know what to expect because I could never connect Mustaine and Gibson in my head. I know Gibson tried to sign him years ago – either before he joined ESP or Dean, can’t remember – but at the time, they refused to build him a 24 fret guitar. But the interest was there for some time. And with the new Gibson management committed to improving artist relations and reaching new audiences, it was the perfect time to give Dave an offer he couldn’t refuse.

I also want to be honest here and acknowledge that while Gibson made a smart deal by signing Dave and building these new guitars, I still think it is a bad idea for them to pursue their lawsuit against Dean. You can find my detailed article on that topic here.

I’ll write a lot more about these guitars in the future but let me summarize some of my thoughts below. I’ve made notes of some of the online comments I’ve seen, so I’m going to use those as my launching pad.

This is purely my opinion, but I’m super excited just by looking at the guitars! I dig the hockey stick headstock even on the roundhorn V. The Kramers look super cool, but I can’t wait to try the roundhorn versions too. They haven’t announced anything from Epiphone yet, but I’d imagine they will be budget-friendly versions of the Gibson roundhorns. I hope for more finishes soon, but the silver finish is always a winner in my book!

There was quite a bit of this online. My response is: so what if it’s a business deal? There can’t be anything more natural than an artist trying to get the best deal out there. Why should it be any different for Dave Mustaine? Besides, in his career spanning almost 40 years, he’s only been officially endorsed by three guitar companies, with Gibson being the fourth. I’m not counting BC Rich because even though he played them, there wasn’t any signature line at the time. And while I’m not sure how popular his guitars were within the ESP catalog, his Jacksons and his Deans were incredibly popular at these companies when he was endorsed by them. Clearly, he contributed as much to those companies as they did to his career. I think he was plenty loyal to every guitar maker while he was with them.

Some people got snarky online by implying that Dave wasn’t relevant anymore. I don’t care what you think of him personally, you can’t deny that he is still a significantly influential figure in heavy metal. Just look at all the articles and YouTube videos that blew up after his Gibson announcement! Why do you think people were talking about him and his guitars? Megadeth is still active. They are recording a new album and have every intention to tour when the pandemic allows. Just because he’s turning 60 this year doesn’t mean he’s not relevant. He very much is!

And in case you wanted further proof that his guitars are still in high demand, just look at what Dean Guitars announced recently. They’re essentially continuing his VMNT and Zero lines, except this time without his signature, obviously. Those shapes and the headstock configurations were Dave’s contributions to Dean, and they must have sold well for Dean to continue making them with different specs.

“I get the pointy V from Kramer. I don’t get the roundhorn V from Gibson.”

This is understandable as Dave has mostly played pointy Vs like his KV, DV8, and VMNT. But the roundhorn shape is not new territory for him either. Remember the Jackson Y2KV? That was the last guitar he played under the Jackson deal. It was a roundhorn V, and it looked fantastic! The only difference was that it had the 3+3 headstock. He played that guitar between 1999 and 2001. You can find lots of footage of him playing it on YouTube.

So, there you have it! Dave Mustaine has a new home for his guitars, and it’s Gibson! I think this a smart business move from both. Gibson is a larger company than Dean and can provide the kind of support Dave might be looking for. Furthermore, they announced him as an “ambassador,” so I think Gibson is planning on doing more collaborations with him than just guitars. As for Gibson, signing a colossal metal figure like Dave is a clear sign that they are serious about reaching new audiences. Not to mention, Dave is going to be instrumental in relaunching Kramer! Gibson got a lot of flak over the years for “killing” the brands they buy. I guess they’re doing something about that! The Gibson signatures on top of the Kramers are the perfect icing for this heavy metal cake. I couldn’t be more excited about the next Megadeth album and seeing what Dave will do with his new guitars on stage!