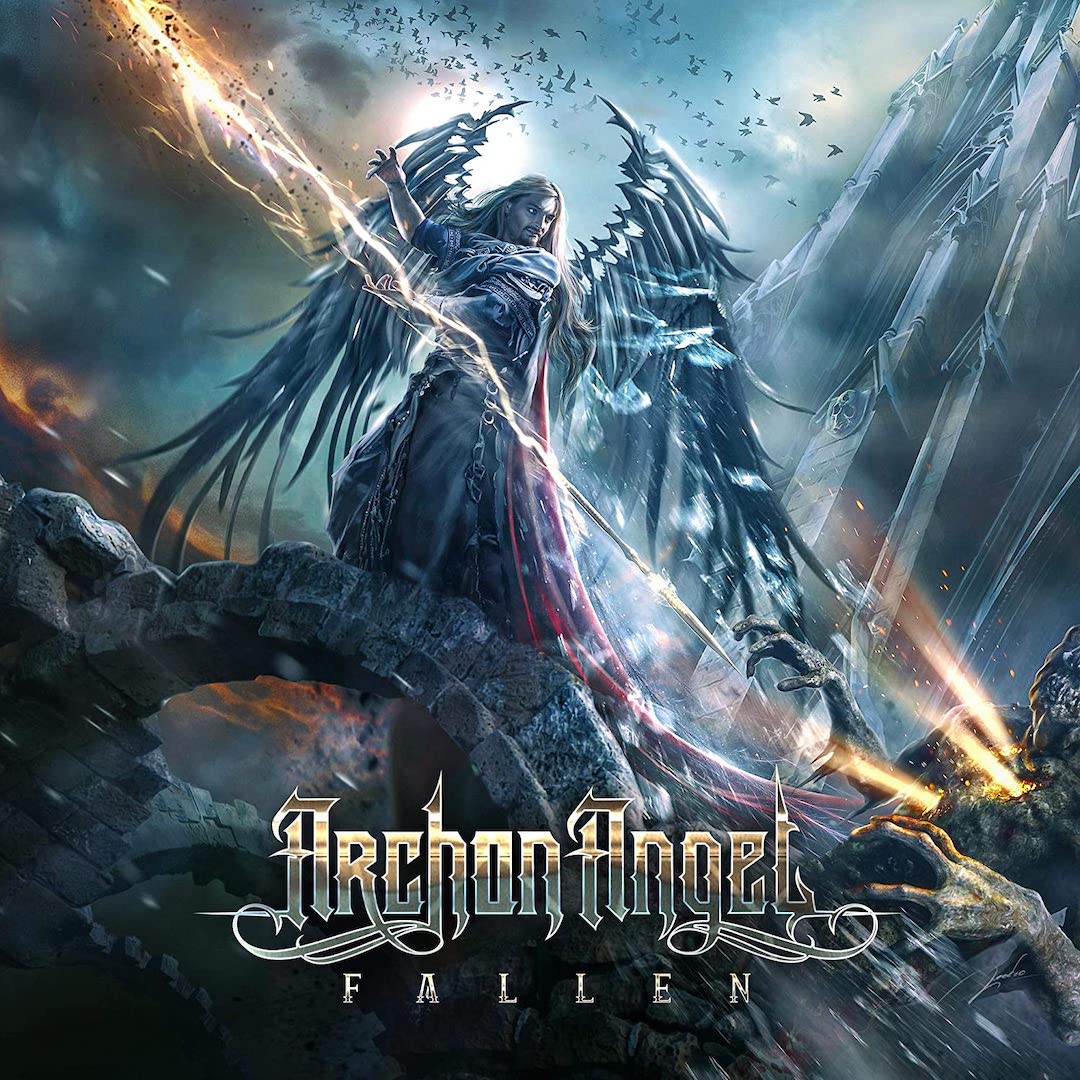 As we’re all trying to come to terms with the reality of a pandemic and practicing social distancing, music certainly helps. You won’t see me posting much about the virus because I’m not an expert. Furthermore, my job is to keep doing what I always do: provide rock or metal related content with deep research and analysis. So, that’s what I’m going to do! With that said, I’m excited to publish this article because it involves one of my favorite vocalists: Zak Stevens. He has a new band called Archon Angel and they’ve recently released their debut, Fallen.

I’m a huge Savatage fan. I wrote about them in detail a few years back. Throughout any era, they managed to make some amazing music. Like any Sava fan, of course Jon Oliva’s place is different for me as well. He is the Mountain King! But I’ve always loved Zak’s vocals too. I’ve always thought that the band made a smart decision when they hired Zak because they didn’t want to hire a Jon clone. They wanted someone with a different style. Edge of Thorns is my favorite Savatage album and Zak sings on it. He did some incredible albums with them after that one too.

After about 8 years with the band, he launched his own band called Circle II Circle in 2001. Over the years they’ve released 7 studio albums. According to a recent interview Zak did with J-Rock’s Metal Zone, the band’s future is uncertain even though they have not technically disbanded. Their debut, Watching in Silence, is a phenomenal record that I think every Savatage fan should have in their archive. I think Burden of Truth is another great album. But I’d have to admit, most of their later releases were not as inspiring as the earlier ones. Zak’s singing was always top notch, but the songwriting didn’t live up to either the Savatage or the earlier Circle II Circle albums. It felt too repetitive. A new project, with new musicians, was what Zak needed. If anything, Archon Angel is proof of that. 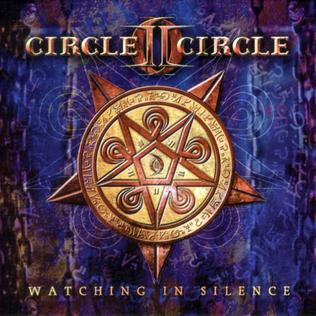 All of this to say I am glad that Zak has a new band. Archon Angel came together after Zak and guitarist Aldo Lonobile collaborated on an album called Return to Eden by Timo Tolkki’s Avalon. Lonobile, along with playing guitars, also produced the whole album. Zak sang on 3 tracks. After seeing how well they worked together, they decided to take the collaboration one step further and launch their own band. I believe Frontier Records played a crucial role in encouraging the idea too.

In a different era, gathering musicians who live on different continents would have been a problem, but it wasn’t for Archon Angel. With the help of technology, Zak and the rest of the band handled their parts in different locations. In fact, Zak met some of the members for the first time shortly before they were to play their first live show! Risky way to start a band, but I guess it worked for them.

The band consists of Zak Stevens on vocals, Aldo Lonobile on guitars, Marco Lazzarini on drums, and Yves Campion on bass. The CD booklet also lists Antonio Agate, who played keyboards, on the back page. But I’m not fully certain if he’s a full-time member in Archon Angel. His picture is not featured inside the booklet but every other member’s is. In any case, these are the musician who played on the album and, as far as I know, support the live shows too.

I think the chemistry comes from the fact that Zak and Aldo had already worked together before their new band was formed. I didn’t know they recorded their parts separately when I first heard it. The album just flows well. I guess they already knew how each other worked. Otherwise, I don’t know how all of this would have sounded.

There was one more person who was instrumental in the band being a reality. The name of the band, the concept of their debut album, and most of the lyrics came from Zak’s wife, Katherine Stevens. She drew inspiration from Greek Gnosticism and brought “Archon’s story into modern-day times”, according to a Frontier Records press release. Zak loved the concept and the band ran with it. So, not only did they get their band name from the story of Archon, but they also developed their debut album concept from it.

Upon listening to the record a few times already, I already rank this higher than most Circle II Circle albums. The ideas sound fresher here. It’s also produced really well and Zak’s vocals and the riffs work great together. My first impression is that they made a conscious effort to make sure Zak’s voice shined as best as it could. I think they accomplished it too. I also think the concept idea gave them a great reason to think a little differently and write with brand new inspiration.

The album opens with Fallen which has a piano intro that reminded me of Savatage. No surprise. I missed this sound too. Then you have the layer of melodic lead guitars right before the vocals kick in… Then, the familiar voice of Zak Stevens. He sounds as great as ever! The song does a good job of keeping the same melodies but mixing it up with different rhythms. This song was the first they made publicly available and I think it’s a stellar introduction to the rest of the record too.

The next track, The Serpent, kicks things into heavier gear. Keyboards are louder in the mix compared to the album opener which gives it a more progressive sound. This is one of the heaviest tracks Zak has ever done. It has an amazing chorus and I loved the main solo in this one too. Right afterwards, Rise is a faster track than the previous two. It kind of reminded me of how Savatage also liked to mix it up by adding a faster, higher-energy track into an album’s mix. Another example of a well-written chorus and stellar lead work.

Under the Spell is a mid-tempo track that didn’t really lead anywhere. It’s probably my least favorite on the album. The main riff isn’t interesting enough to carry the track and Zak’s vocals sound like they’re fighting against the riffs rather than working in harmony with them. This is why I couldn’t get into some of the later CIIC albums; I thought there was a mismatch between the music written, the production, and Zak’s vocals. But later, we get Twilight, and all is well! It’s got an eerie start that grabs your attention right away. You think the song will go one way and then it goes another. I love it when a song can do that. It’s a heavy track with a great pre-chorus. Faces of Innocence shows the more melodic side of Archon Angel. There are some cool bass lines as Zak starts singing. But it didn’t make as big of an impression on me as the others, to be honest.

As we get to the last 4 songs, we get some of the best. Hit the Wall has a great bass and drums intro with catchy riffs coming in a little later. Zak’s vocals work perfectly with the riffs here. Once again, the band has come up with a great hooky chorus. This is one of the best songs on the album. Who’s in the Mirror features some of Zak’s best singing I’ve heard in years. He’s a versatile singer and it shows in tracks like this.

Speaking of versatility, Brought to the Edge gives us a very different song as acoustic guitars take over. It’s an incredible song; definitely one of my favorites on the record. Kind of reminded me of Sleep off of Edge of Thorns. It has that kind of vibe. We end the album with Return of the Storm, the longest song here at more than seven minutes. It sounded to me like the Wake of Magellan-era Savatage. You’ll know when you hear it! I think it was intentional too, given the title. The song flows really well, with different sections; you won’ t know how those seven minutes have passed. I can’t think of a better way to end a debut like this.

The simplest way to put it is this: if you love Savatage, especially the Zak fronted version of the band, then you will love this album. I know I did. The musicians are solid and the concept allowed them to write with a fresh new approach. The best part? Zak sings as well as he ever did. But what makes this album stand out is that the songs were written specifically for him. It’s good to know that Circle II Circle isn’t technically done; but for now, I’m glad Zak is continuing with Archon Angel. I’m already eager to listen to their next album!