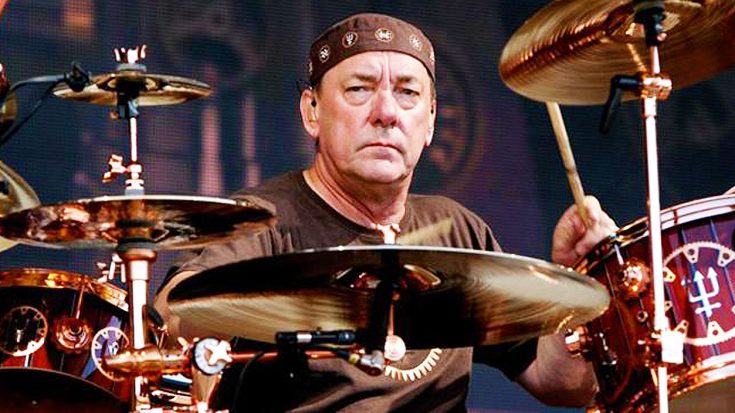 A couple of weeks ago, the music world was hit with the devastating news that drumming icon Neil Peart had passed away at the age of 67. It turned out that he had been battling brain cancer for over three years. I didn’t have a lot of words at the time, but after processing the news and re-visiting some Rush records, I wanted to write my own tribute to Neil Peart who influenced so many fans and musicians.

This is not really an in-depth analysis of anything. I only want to pay my respects as he is someone whose contribution to my listening experience is significant. In a way, he rekindled my love for lyrics in music. He was obviously a phenomenal drummer and he’s more known for that than anything; but I approached his contribution in the reverse order. For me, he was a gifted lyricist first, and a phenomenal drummer second.

My introduction to Rush was Hemispheres. I loved the music right away – including the drumming. But Rush had such a cohesive sound that you allowed yourself to follow all instruments. It was hard to focus on just one; you were busy enjoying the band together. The appreciation for each instrumentalist in Rush came later as I listened to the albums more and more. But the clever and insightful lyrics, just like the melodies, stood out almost instantly. I loved having the CD booklet in my hand and following along. It was poetic, yet easy to digest, and you wanted to know where it was going next. And it wasn’t just the title track, the others were just as brilliant in subject matter, overall flow, and execution; well, with the exception of La Villa Strangiato because it’s an instrumental. I didn’t know Neil was the master behind those words. I had to discover this band and go deeper. I found something I liked in each album, though Hemispheres always remained my favorite.

I think his lyrical genius was the fact that he was able to say what we wanted to say in such a great literary way. Myths and works of fiction were his ammo. But he also wasn’t afraid to tap into his own mind and write about how he saw his own life and fame. The best example of this, in my view, was in the track Limelight off of Moving Pictures. Neil Peart was known to be the “quiet one”. That’s because he wanted to preserve his individual identity outside of the band. Or, as he put it in Limelight, he needed to put a “barrier” between his fame and his private life. He was able to eloquently talk about his thought patterns, his needs, and his view of the world.

“Cast in this unlikely role,
Ill-equipped to act
With insufficient tact
One must put up barriers
To keep oneself intact”
Rush – Limelight (Moving Pictures, 1981)

And when you discover Neil’s drumming, that opens up a whole new world. What I loved about his drumming was that he never overplayed; he just had an inventive style. It was never about showing off. It was never about a “bet you can’t play this!” kind of moment. It was always about what worked for the song. Like I said earlier, Rush worked hard to achieve that cohesive sound. As progressive as the music was, it had to keep its melody when everything came together. Neil Peart’s talent was in being able to add clever fills and push the boundaries of time signatures when executing his craft. That’s what was progressive about his style. Especially when you think about the ‘70s or early ‘80s, no one was doing what he was doing. There were many talented drummers who emerged in those eras but Neil’s style was in a league of its own.

But his legacy, stemming largely from his innovative drumming and word wizardry, was further cemented with his influence on the next generation of drummers. We often forget about how important that influence is; but think about it. How do you get a new generation of musicians if they are never inspired to pick up whatever their instrument ends up being? It doesn’t even matter if you like the music of said person; what matters is that your favorite musicians started their craft thanks to this person! I keep seeing people bashing Jimi Hendrix and I want to bang my head against a wall! Do they even realize how many of their favorite guitarists were influenced directly by him? And that’s the thing with Neil Peart. I love Rush and I’ve always loved Neil’s drumming; so I was always a fan of him first and foremost. But when I think of some of my favorite drummers in the genre, I realize they wouldn’t be the drummers they are today if it wasn’t for Neil Peart. That’s huge. You don’t get young blood offering their take on an instrument without someone drawing them to it. This, in my opinion, is Neil’s biggest legacy.

I saw a comment on Facebook the other day that made me chuckle. Someone said they met Iron Maiden’s Nicko McBrain at a clinic and asked him what he thought of Neil’s playing. Nicko, jokingly, said they didn’t talk about Neil. When he asked him why, the response was “because he’s too bloody good.” He really was.

Even though his fame allowed us to learn more about him than he probably would have liked, he still remained an enigma. You don’t really know that much about him. I respect that. Back in 2015, I got a chance to watch Rush live at TD Garden in Boston. I’m so glad I was able to do that. It was a privilege to watch them perform. When Neil wanted to retire after that last tour, everyone understood. Drumming for Rush isn’t an easy gig and he had been doing that for decades! Plus, he wanted to spend more time with his family and didn’t want to keep touring. I wish he could have had a longer time with his loved ones. My thoughts are with everyone who was close to him.

I’m sad that Neil Peart is gone. He lived through both triumphs and tragedies. He dealt with the pros and cons of fame with dignity. No matter what, he kept that “barrier” and remained who he always was. Perhaps that is the biggest accomplishment of them all. Rest in peace, Neil. Thanks for all the music.