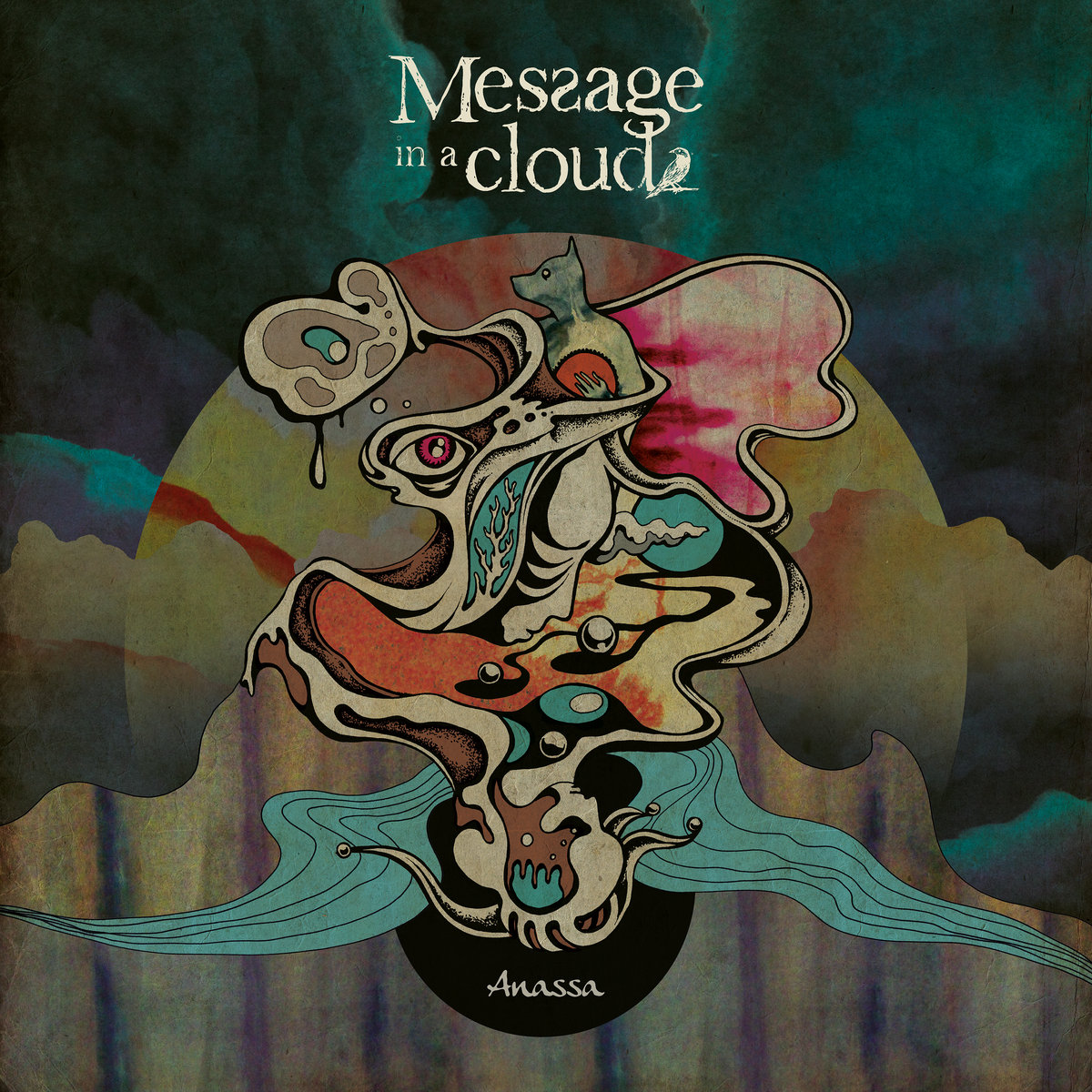 It is such a remarkable thing that music can evoke all sorts of emotions. It’s true for any genre. So, even if we were to focus on guitar-oriented rock or metal, we’d still see a wide array of songwriting that can paint all kinds of different pictures. That’s the beauty of it all, isn’t it? That human emotions are not defined by one thing… In this article, I want to introduce to you a band that hails from Greece, Message In A Cloud, and their first full-length album, Anassa, that portrays a different side of .

Message In A Cloud (MIAC) started as a one-person project by Nikos Loukopoulos in 2014. But today, it’s a slightly different story. With the help of Aggelos Malisovas on guitars, George Vasalos on bass, Nora Koutsouri on keyboards, and Politis on drums, there’s a full-blown band. Furthermore, the band also utilized the help of additional musicians, as well as their producer, Stelios Efentakis. 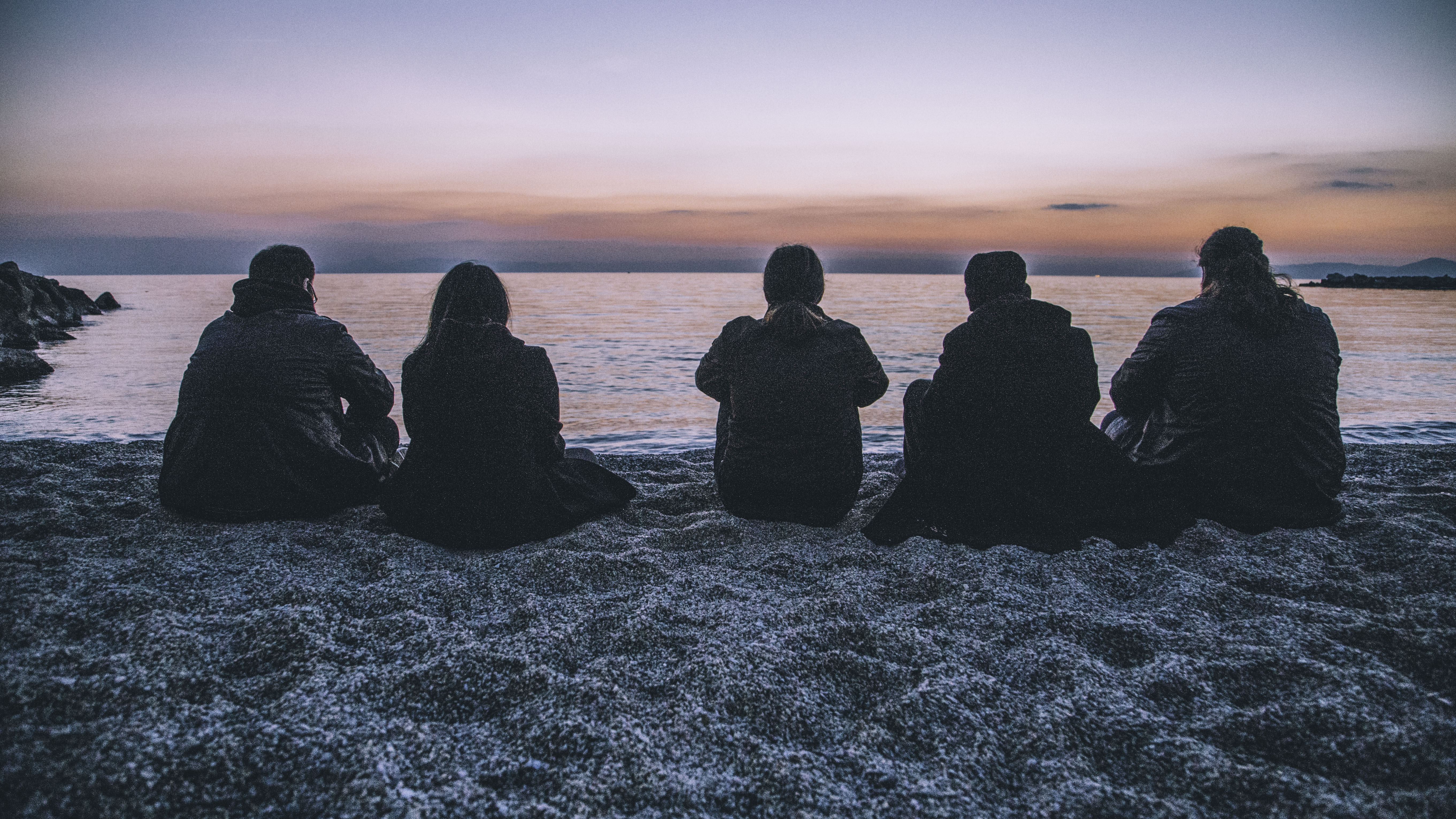 Although we see multiple people involved with the album, it is fair to say Anassa, which was released in June 2018, is heavily influenced by Nikos’s vision as all songwriting and arrangement are credited to him. But the band was already making a name for themselves before their debut was available through a series of live shows, as well as supporting international bands like Saigon Blue Rain and Sylvaine. After years of gaining experience and increasing their exposure, the band entered the studio in 2017 and released their debut a year later.

Anassa, which, according to Google translations means Queen in Greek, features 6 instrumental songs. While they have some different aspects to them, all 6 songs feature a very similar style. It’s quite clear that MIAC’s mission with this album was to explore their “distinctive melancholic sound”, as they put it. In order to do that, they utilized slower tempos, guitar tones that bring out the atmospheric aspects of music, and they were not shy to use any other sounds, whether it was electronic parts, blast-beat drumming, or violins.

Before you listen to the album, I think you need to be in a certain mood to truly appreciate it. It is melancholic, as was the intention, so if you’re in the mood for some aggressive heavy metal, you won’t get it with this record. The band cites groups like Alcest and Deafheaven as some of their influences. I didn’t know either band so I looked them up. Upon checking out some of their tunes, I’d say I can hear the influence for sure. Alcest, in particular, sounds interesting so I may check out more of their stuff later. But if you enjoy Message in a Cloud and their music, a few more bands you can check out to explore their style. Listening to Anassa also made me think of two bands I used to listen to a lot: Katatonia and Anathema. It’s not exactly the same style but similar enough that it brought those bands into my mind. If you’re a fan of either band, definitely check out MIAC.

opens the album with a mellow piano melody. Then, guitars kick in. But I kind of hear the guitar almost like a bouzouki – at least the playing style reminded me of . So, there’s definitely a Mediterranean vibe there. A little later distorted guitars and drums kick and the song has a mode ballad-like quality to it while maintaining the atmospheric elements. It’s a good representation of the entire album.

Apophenia was my favorite track on the record. First of all, the meaning of the word is quite poignant: “tendency to mistakenly perceive connections and meaning between unrelated things”. Seriously, in today’s polarized world where everyone consumes news that they know will agree with their worldview rather than challenge themselves, doesn’t this word make you think? But even besides the word itself, it’s a cool track where the guitar and bass work really well together. The bass, in particular, sounds great both in terms of overall tone as well as how it carries the rhythm. A little later in the song, there’s a nice acoustic breakdown, and we get to hear a snippet from a William S. Burroughs lecture or interview. Burroughs’ commentary adds more power to the word! It all proves apophenia. It’s a solid song with beautiful harmonies, strong rhythm, and powerful evocation.

The following song, The Need and the Needle, once again continues a similar style explored throughout the album. Great chord selection at the and the bass tone is awesome. I comment on tones because I’m learning and the bass sound is just so crucial. I think these guys nailed it. This song also utilizes electronic drums sounds which interesting. You don’t really expect it so it’s a clever way to keep the listener engaged. There’s a mellow piano breakdown in the middle with guitars keeping an echo-filled lead. You Used to Die In My Hands also uses some electronic elements, as well as violin and cello, so it makes for an interesting listen. I’d have loved to hear more violin and cello be honest, I think those instruments were begging to be more prominent. There’s some amazing drumming later on in the song – Thanasis played some parts much more energetic compared to the vibe of the song, and that contrast adds a lot of color to the track. I think this would have been a stronger song if it had been a little more streamlined, but it still works within the context of the whole album.

As we get closer to the end of the album, Under the Blanket showcases the strengths of the band with lots of , mellow melodies, and guitars that go from atmospheric arpeggios to more bouzouki-influenced playing. The last song, I Decomposed A Song Today, starts with blast beats which I didn’t expect! But it’s a nice touch exactly because of that. In an album where no vocals and the style explored is similar from song to song, it’s important to add different elements to keep the listener interested. The song explores a few different sections, goes back to blast beats, and finally closes the album with guitars providing a gloomy ambiance.

All in all, I think it’s a good album. It’s not going to be for everyone, and you definitely need to be prepared for a very particular vibe the band went for to truly appreciate it. But like I said before, rock or metal isn’t about just one thing. many human emotions, so it’s better to explore them all rather than just one. One I kept picturing was vocals. I think adding vocals and streamlining songs would make this band’s music much stronger for future releases. But I’d say this is a good start and I wish them well in their future endeavors.