As you may have noticed, I’ve been a little quiet lately. I was away on a trip and in order to truly rest, I decided I didn’t want to spend too much time in front of a computer or tablet. I was in Istanbul, Turkey to visit my family. I’ve been in Massachusetts for 7 years and it’s not easy to get to Turkey for various reasons, so I try to make the most of it every time I go. But this is not a travel blog; we’re here to talk about rock and metal… So, instead of telling you where to visit in Istanbul, I decided to tell you about the first guitar that helped me make some noise around the house and introduce our neighbors to metal music whether they wanted to hear it or not; my Jackson Professional Fusion EX. 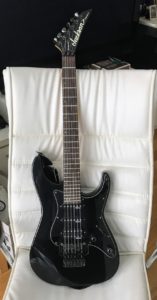 I got into heavy metal in 1998 when I bought Megadeth’s Rust In Peace. Soon after, I wanted to learn how to play a guitar. I remember the exact moment when I decided I wanted to play: watching the video of Holy Wars and seeing Mustaine play that incredible solo towards the end of it. That was it – I had to learn. After a brief stint with classical guitar lessons in ‘99 (and figuring out that that wasn’t for me), I knew I wanted to switch to electric guitar. For a couple of years, I saved up as much as I could from my allowance (there were many skipped lunches so I could save). My dad was so impressed with how determined I was that he decided to help out with the purchase.

In 2001, I had just started taking lessons from an amazing blues player. We started our lessons with only his Fender Strat Plus. But I told him that I’d gotten the green light from my dad; we could start looking for a guitar for me. My budget? $400. $200 that I’d saved and the rest my dad gave. I wanted my guitar teacher to help me out because I didn’t want some salesman to take me out for a ride and give me a lemon. But my teacher knew a lot about guitars – so he helped.

I was determined to buy a Jackson even though we tried a bunch of different brands. If you’ve read even a few articles on this site, you’ll know why. It’s the Megadeth connection, of course! I was a huge fan! I didn’t know enough about guitars, and I didn’t have enough experience to understand the concept of picking a guitar that works best for you; not necessarily a guitar that someone famous uses. So, I wanted a Jackson. I couldn’t afford the USA KV or Y2KV Mustaine was using at the time, so it had to be a different one. At first, I had my eyes set on a Jackson Performer series guitar. It was brand new and at $400 exactly. After a couple of weeks of trying different guitars and thinking of what to do, I’d made my decision. My teacher and I started walking to the store that sold it… 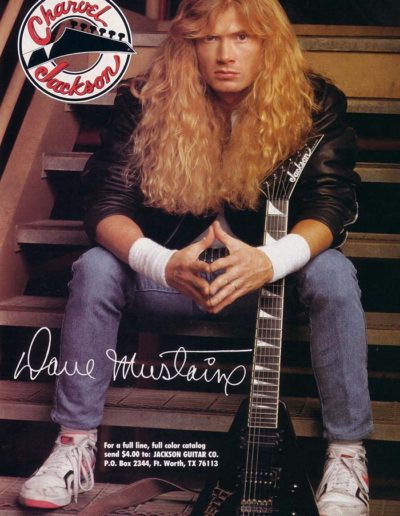 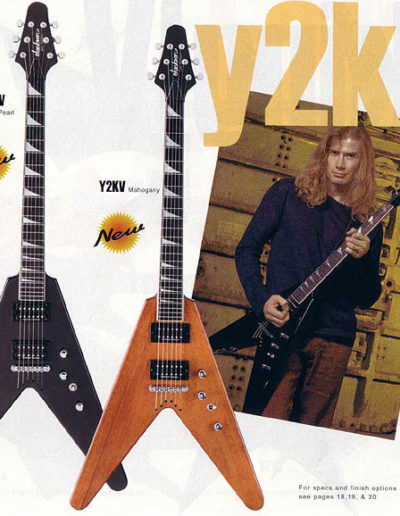 The district we were at was Istiklal Street. A long, narrow street that has quite a lot of musical instrument stores along the way. We were walking towards the store that we’d been to before to buy the Performer. But we had to stop by a different store to pick up a book for my brother who had recently started taking piano lessons. This store wasn’t the official distributor of Jackson Guitars, but they did sell some used guitars in there and one of them was indeed a Jackson. It looked a little bit nicer than the one I was going to buy, it was also for $400 because it was used, and, upon playing, my guitar teacher said it felt like it was a better-quality guitar than the Performer. I no longer wanted the Performer. I wanted this awesome looking Jackson Professional Fusion EX. I had no idea about the history of the guitar – I just loved how it played. I don’t know who owned it before me, but I’m glad they decided to sell it around that time.

For a very long time, this was the only guitar I had. I learned a lot of new songs and improved my technique, but I stopped playing in mid-2007 when I got a demanding job in management consulting. I didn’t start playing again until 2011 when I was already in Boston and away from this particular instrument. I thought about bringing it here; but it’s too much of a hassle to bring an instrument overseas. Plus, it’s always nice to know that I’ll have a guitar when I visit my parents. They take care of it for me now. 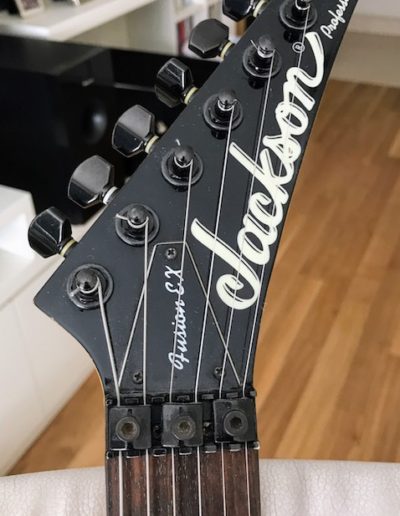 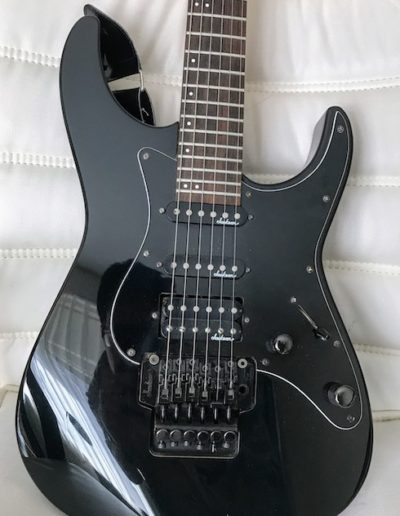 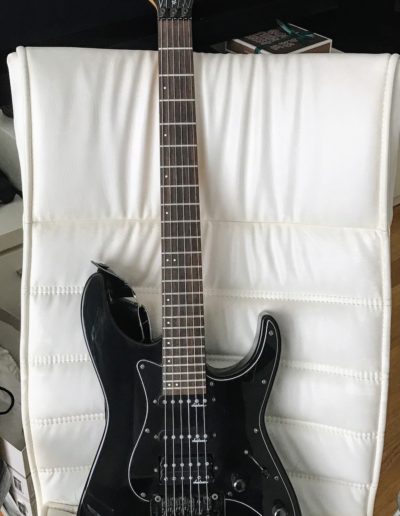 I have to admit; I don’t know all the details of the Professional series. But I do know that they were Japanese imports that Jackson released in the early 1990s. My guitar is a part of this run. I don’t know what year it was made, to be honest, but according a fantastic blog I found online, it was made between 1992 – 95. The specs are pretty good for the price I paid. It has a basswood body, maple neck, rosewood fingerboard. It’s also a bolt-on construction with 24 frets with an HSS configuration. The neck is pretty thin – feels even thinner than my Jackson D2KS. But I wouldn’t say it’s as thin as some of the Ibanez necks I’ve tried.

I should add a quick comment here to avoid confusion. Jackson currently has a Pro line of guitars. This is a completely new series of guitars they introduced a few years ago and has nothing to do with the 1990’s era Professional series I’m talking about here. Although the words Pro and Professional apparently still caused some confusion in Jackson catalogs back in the day – check out the link I posted in the sources for more information.

I don’t know if this is true, but one rumor I heard was that these imports were so good that it was cutting into Jackson’s USA models that were sold at much higher prices. So, Jackson had to put an end to it. But regardless of what their reasons were, before they stopped the series, they were producing a huge variety of guitars under the Professional umbrella. But despite the fact that the cost differed among within these series depending on the specs, the overall quality of these imports are undisputed. Like I said, I didn’t even know how famous these series of guitars were; but once I went down a rabbit hole to discover more a few years back, there was a wealth of information out there; all from guitarists who were more than thrilled with what they got.

For a more in-depth look at these guitars and learn more, here is an incredible link for you to explore. I learned a ton on that page. A huge shout out to Henrik Hjortnaes who put that article together.

Going back to my guitar, the Fusion EX, it is safe for me to say that the other guitars I own are a bit nicer. The specs are of higher quality, and in general, I think they sound better. But the argument about the Fusion EX, or any of these Professional series guitars isn’t that they are the “best” guitar out there, it is that they provide a bigger bang for your buck compared to many other affordable guitars out there. And that still holds true – especially if you can score one on Ebay or Reverb.

I know a lot of companies these days offer more affordable models with decent specs. Schecter, for example, has really stepped up their game in the affordable gear market. I quite like the LTD models from ESP as well. Can you think of others? Were there other lower-end production models that were almost as good as their higher-end counterparts? Feel free to comment below! And if you come across a Jackson Professional series guitar from the ‘90s, play one and see what you think. You will likely want to pick it up for yourself.