My Tribute to Eddie Van Halen 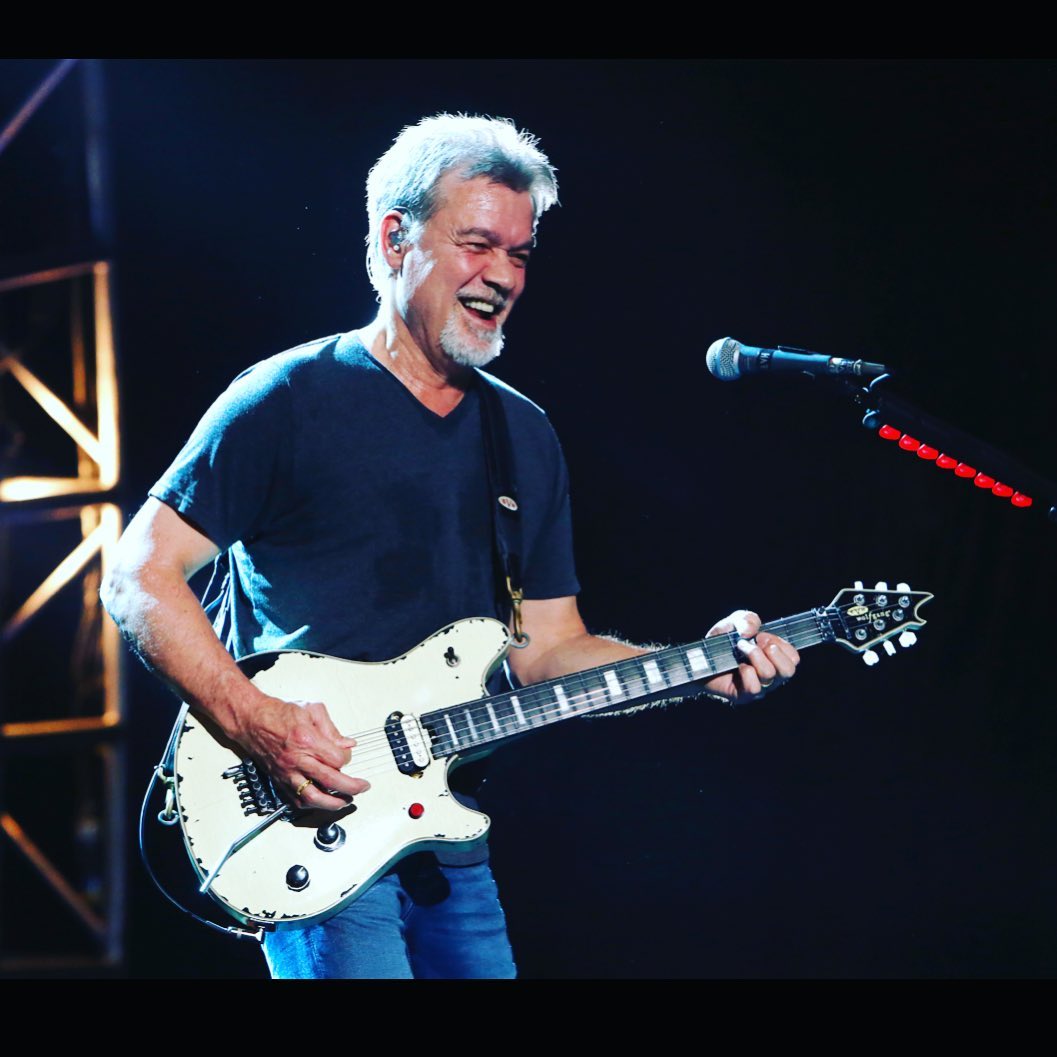 It took me a while to gather my thoughts on Eddie Van Halen. I try not to do quick, reactionary takes on here. Especially after someone who commands such high respect from his peers and fans has recently passed away. And to be honest with you, I don’t know that much about Van Halen besides the David Lee Roth era. But I’ve known of Eddie, his music, and most importantly, his legacy for a long time. If you listen to rock or metal, but especially if you play guitar, then you know who he is and what he’s done. I want to pay my tribute by addressing his contributions to the rock and metal scene overall.

The entire guitar world was in shock when Eddie passed away on October 6th due to complications from cancer. He was 65. There had been some rumors about his health, but I never really paid attention to those. After all, they were unconfirmed rumors. I’m sensitive about artists’ privacy because I’ve always hated how the press dealt with Freddie Mercury’s illness between 1989 and 1991. So I hoped the rumors were not true and did not comment on any article I saw that included unconfirmed rumors. Unfortunately, nothing could change the outcome and Eddie’s son, and musical collaborator, Wolfgang announced the sad news.

I will let others cover the details and intricacies of Van Halen’s music. There are far better qualified people for that. Ben Eller, for instance, has a great video on YouTube if anyone would like to check that out. The same goes for Van Halen’s technique. Everyone knows he was a master of his instrument. His tapping ended up becoming the most well-known thing about him, but he was a well-rounded musician. I’ve actually always thought he was a better rhythm player than he was a lead player. The groove on the early Van Halen records is what got me into their music.

Here’s the thing. When it comes to someone like Eddie Van Halen, it really doesn’t matter if you like his music or not. It doesn’t. Because I can guarantee you that even if you don’t particularly listen to his records, most of your favorite guitarists started playing because of him! Can you even imagine what the guitar landscape would have looked like today if it wasn’t for him? When the first Van Halen album came out in 1978, it changed the lives of so many young guitarists who decided the guitar was their calling. They’d never heard anything like that before. And as Van Halen became more popular with subsequent albums and tours, that influence grew wider.

The magnitude of his influence blows my mind. Every musician is influenced by someone at some point. Dave Mustaine influenced me to pick up the guitar, for instance. It’s different moments for different people. But who gets cited as an influence more frequently than any other guitarist? I believe it’s Van Halen. That influence alone is such a remarkable legacy. It is all the proof you need that his playing was fresh, exciting, and it was uniquely his.

But it doesn’t stop there, does it? He changed the guitar landscape in another way too.

Before I even get there, let me tell you this. My first guitar purchase was a used Jackson Professional Fusion EX. It was the lower end of what you could consider a “super Strat” from Jackson, as in, a shape that resembles a Strat but that incorporates the use of one or more humbuckers. It’s easy to take these different pickup configurations for granted today. After all, there are so many options available now. But for the longest time, that wasn’t the case. Your options were limited. It’s incredible that it was one Edward Van Halen who launched this era of customization! Just simply incredible…

Yes, as the famous story goes, Eddie liked certain things about Strats and other things about Les Pauls. So, he figured, why not take what works from each and create a new guitar? He created what is commonly known as the Frankenstrat from that experiment. And it worked! And that launched a global phenomenon. Suddenly, everyone realized they could do the same and create new ways to get a better sound out of their guitars. All the Super Strats you can think of today come from the fact that Eddie wanted a guitar that worked for him, not against him!

Over the years, he made further improvements to guitars and took his designs to different companies, some of which included Peavey and Ernie Ball Music Man. Today, you can find a whole variety of EVH designed products with that very same brand name! They are manufactured under FMIC, Fender’s parent company, but the brand, as well as the designs, reflect EVH’s experiences with guitars over the years.

Of course, Eddie’s inventions are not limited to guitars. Where would we be if we didn’t mention the legendary 5150 amp? After years of working with other amps and seeing a need for something else, Eddie first teamed up with Peavey in the early ‘90s to create the Peavey 5150. The business relationship ended in 2004. The 5150 amps today are available under the same EVH brand. Peavey also manufactures the amp, but for legal reasons they had to name it 6505. I won’t even go into whether they sound the same or not… there’s just so much opinion on that but they are at least supposed to be the same amp so there’s that. But once again, Eddie’s inventive genius is apparent. Peavey didn’t come up with the idea themselves, Eddie brought his ideas to them! Today, whether you get the original 5150, the new EVH 5150, or the Peavey 6505, you know exactly the kind of distinctive sound you are going for! That’s another massive contribution to music in general. 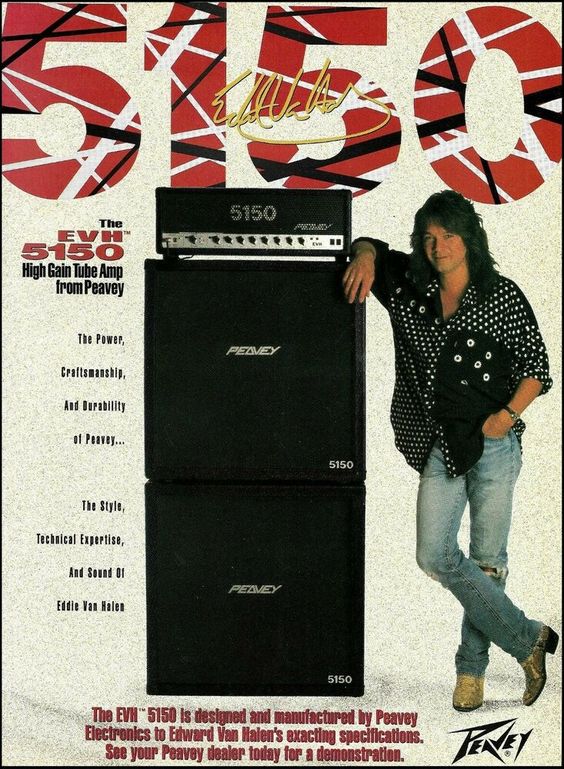 There’s just so much more to talk about but I don’t want to lose my focus on the person himself by talking too much about products. There are many things I love and appreciate about the music, especially the DLR era that I know better. But when it comes to Eddie Van Halen, there’s that other layer that I think about all the time. How many guitarists can you think of who contributed this much to the instruments you own today? How many that influenced a whole new generation of players? Not many, that’s for sure.

Eddie, thank you for being the huge influence that you were on so many people. I discovered your music later in life, but many guitarists that did influence me all grew up with it and picked up their instruments. I have you to thank for that. And the super Strats, upgraded amps, and the constant quest for better tones? So many companies owe you their thanks because customizing existing equipment is how they got started! Where would rock and metal be without you?

What a legacy, what an influence… Rest In Peace, Eddie.