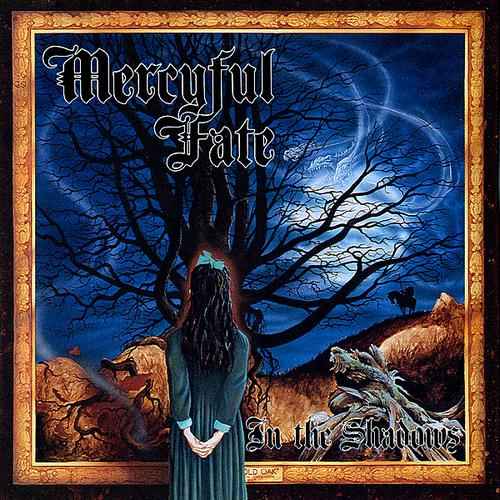 It’s been years since we’ve had an update from the Mercyful Fate camp, but luckily, there are some news these days. The band has recently announced that they are launching a new tour! That alone is a major update on its own, but King Diamond and co. also revealed that they were going to play some new tracks. Excited? Good. I am too!

There’s lots to say about the upcoming tour, but a lot of it has already been covered. The band will focus on the first two albums (Melissa and Don’t Break the Oath), and, as mentioned earlier, they’ll play some new tracks. The line-up will be the same as the 9 era from 1999, sans Timi Hansen who unfortunately is battling cancer. Another veteran bassist, Joey Vera of Armored Saint, is going to fill in. I hope Timi beats cancer and joins his band soon! 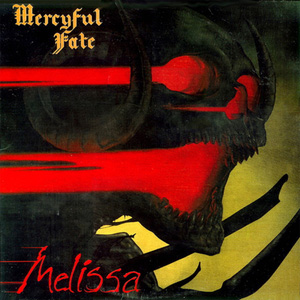 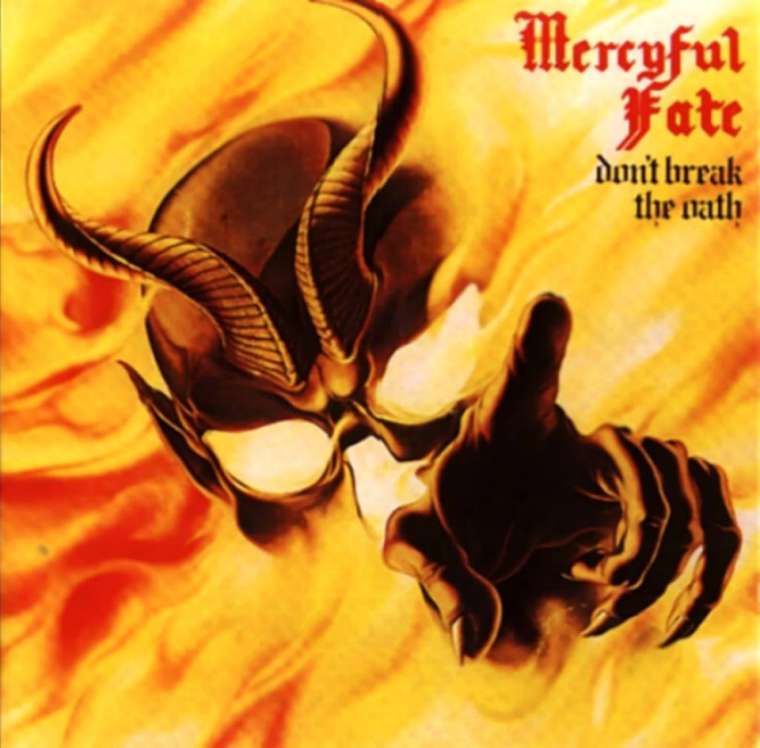 There’s not much to say about the tour as of yet, other than what has been revealed in the press. There will be some new music we’ll get to hear – possibly a new album too – so I’ll have more to say on that when we see some live footage or hear a new album. Instead, I want to use this opportunity to write about my favorite Mercyful Fate album, and of my favorite heavy metal records of all time, In the Shadows. As the title suggests, I think it’s criminally underrated and deserves a lot more recognition.

I consider an album to be underrated when I don’t think it gets the praise it deserves. In this case, it’s also a matter of being overshadowed by the two iconic Mercyful Fate albums; the aforementioned Melissa (1983) and Don’t Break the Oath (1984). This is understandable. Those two records kind of brought in a new era in heavy metal. They inspired a ton of younger artists, including musicians from Metallica, Megadeth, and Slayer. I love those albums like any other Mercyful Fate fan. I still listen to them regularly. But this is more about which album, I think, represents the very best of this band. When I approach it from that angle, it is hard to beat In the Shadows. Let’s go back in time, shall we?

After the release of Don’t Break the Oath, King Diamond (real name Kim Bendix Petersen), along with Michael Denner and Timi Hansen, left Mercyful Fate. The reason is usually stated as “musical differences”, although, as we know, Mercyful Fate did get back together later. They named the band after the King Diamond moniker, since the moniker had already become known in the heavy metal world. I could write a ton about King Diamond. Overall, I actually prefer King Diamond over Mercyful Fate; but that’s a completely different article in and of itself. For King Diamond, the band toned it down with satanic themes that dominated the early Fate albums and instead focused on telling horror stories in concept albums (with a couple of exceptions). Honestly, if you haven’t listened to King Diamond records, you’re missing out! And when you do listen to King Diamond, always make sure you follow the story with the lyrics. Okay, I can see myself sliding into a different topic, so let’s bring it back to Mercyful Fate. 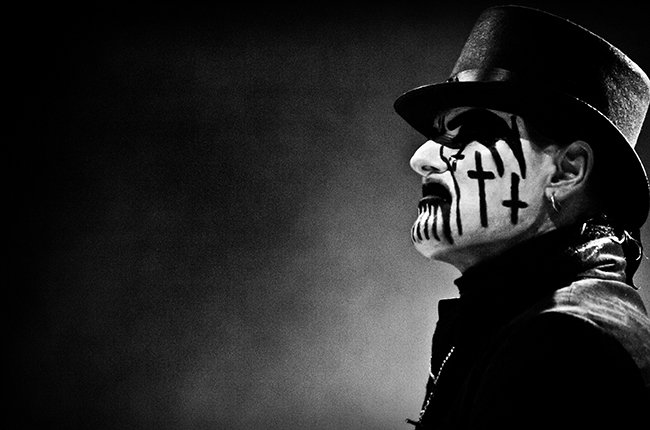 Despite the fact that there are many similarities between the two bands, not the least of which is some common members, King Diamond and Mercyful Fate don’t sound alike. That’s great for fans because you get to hear something different; but it’s no less exciting to the musicians themselves. It’s a chance to branch out and get back to doing something a little different. In 1992, Mercyful Fate, testing the waters for getting back together and possibly gauging fan interest as well, released a compilation album called Return of the Vampire. It featured demos from the band’s 1982 sessions. I don’t have any numbers or reviews as to what the reaction was to this compilation album, but it must have shown what the members wanted to see; because soon after they got to working on a new studio album.

King Diamond was, of course, the singer and a big songwriting contributor. The guitar duo of Michael Denner and Hank Shermann was back. Timi Hansen assumed bass duties one more time. For drums, the album credits future Mercyful Fate drummer Snowy Shaw, but the drums were actually played by Morten Nielsen, except for the last track, Return of the Vampire, which featured Lars Ulrich as a guest drummer. In June of 1993, In the Shadows was released to the public.

Coincidentally, this is the first Mercyful Fate album I ever bought. Maybe that’s why I love it so much… I don’t know. It must have been around 2000-2001. I was in my discovery phase as I was obsessed with metal and wanted to get my hands on as many albums as my pocket money allowed. I’d heard of Mercyful Fate and wanted to buy one of their records. I have no idea why I didn’t pick another album. Perhaps it was the cover that I liked. Or maybe I saw Lars Ulrich’s name and wanted to check it out. I have no idea. All I know is I bought the album, went back home, hit the play button, and as soon as I heard the opening track, Egypt, I knew this was going to be something special. Nearly 20 years later, this album still amazes me. Hasn’t lost any of its magic.

Whether you like this album more than other Mercyful Fate releases or not will boil down to opinion. For me, there are a few things that makes this a far better record.

One area is the production. This album sounds better than any of the preceding or succeeding albums. All instruments are a lot clearer to hear. I can understand the lackluster sound in the early records, a band that’s just starting will not have the means to create the best possible sound. But when I listen to Fate records from after In the Shadows, I don’t get the same clarity, even after playing around with EQ on my speakers. Still, there’s some gems in later Mercyful Fate material. Time (1994) and 9 (1999) are two amazing albums that are worthy of equal attention.

Two, the songwriting… What sets this album apart is how consistent this album is. Every song offers something to the listener. I find the tracks far more coherent compared to the earlier albums. They’re far more thought out and well executed. The guitar playing is top notch and features some of my favorite solos from the iconic duo. There’s a solo around the 2:30 mark in the song A Gruesome Time and I don’t know how much better a solo can get. I will never get tired of listening to it. So well executed and it’s just so captivating. It’s a song on its own. But it’s just one example… The guitar playing, solos and riffs, are on another level here. You can hear a band that is now focusing on their craft and reaching deeper into their abilities to come up with something that represents what they can do best. To be fair, there’s far more than shock value in other Mercyful Fate albums too, but I’ve always thought that it wasn’t even a consideration for In the Shadows. I don’t know this for sure, but I get the feeling that for this one, they just wanted to see what ideas came out. It created a completely unique work.

It’s hard to highlight a few tracks on an album that I love so much but I’ll try. The first 3 tracks are some of the best metal songs you can ever hear. Egypt has tons of great riffs and King Diamond’s vocals are as powerful as ever! I remember the song got me interested in Egyptian mythology for a while due to the references in the track. The Bell Witch tells an ominous (of course, it’s Mercyful Fate!) tale of what a witch does to a family. Again, some incredible guitar playing, melodies, and vocals. The rhythm playing is so good that even the riffs behind the solos are incredible. I used to sing out loud to this one in my room prompting my parents to tell me to keep it down. Ah, the good old days of not having adult responsibilities! The Old Oak, one of the band’s longer tracks, has a lot of twists and turns and shows the band flexing a more progressive muscle. They were no strangers to writing a longer track, but this is their best song that comes in at longer than 5 or 6 minutes. The song talks about how we must save the environment and how important trees are to clean air… Just kidding; it’s Mercyful Fate, it’s a cursed tree that will kill you! “Nothing will grow in the ground; the Old Oak is killing it all. If you are ever around, beware of the Old Oak and its charm.” King Diamond, having voiced different characters in his self-named band, used his versatile singing to its full extent. Shadows and A Gruesome Time are more straightforward heavy metal tracks compared to these, but they are so well executed with great leads, riffs, and singing. This is why I consider the songwriting more coherent here. There’s not much filler – it’s all engaging. Is That You, Melissa which, of course, is a reference to their debut, is a great track that relies heavily on Diamond’s wide vocal range. And the version of Return of the Vampire, featuring Lars Ulrich on drums, is a slower but groovier song that ends the album as greatly as it started. Apparently, this song is not featured in all versions of the album, but it’s worth mentioning.

This album is underrated because I very rarely see it mentioned when people talk about their favorite Mercyful Fate albums. This band, along with King Diamond, has given me some of my favorite songs. I’ll always be a fan. But when I think about what I love the most, whether it’s the vocal performance, riffs, solos, or overall songwriting, it’s so hard to beat this one.

I’m glad Mercyful Fate is back! These new live shows will certainly be a blast and I’m already jealous of everyone who will get to see them. It’s great that they want to focus on the earlier releases for the live shows – that’s what most people will want to hear – but I hope they throw in some material from this amazing record at some point.