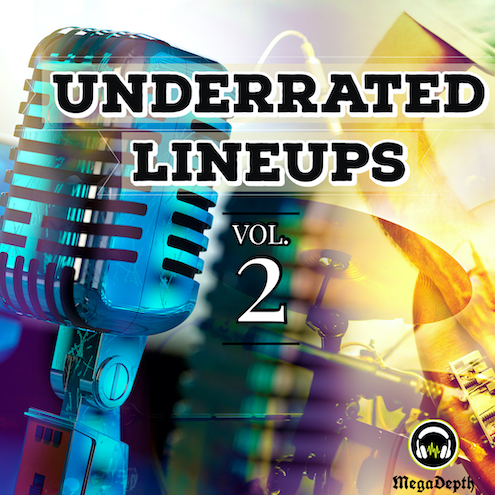 When I started thinking about underrated lineups, there were 4 bands that immediately popped into my head. There’s more on my list now, but right off the top of my head I could list 4 lineups from 4 bands that I thought were underrated. I covered 2 of them already. Now, it is time for an update with 2 more!

But before we get there, I’m going to include two paragraphs from the previous installment as reminders:

“(…)let’s get the definitions out of the way. The term “underrated” is highly subjective. I’m perfectly aware of that. So, if you don’t consider some of these lineups underrated, that’s fine. I do. Second, I define “underrated” as something that is either unfairly ignored or something that deserves more recognition than it has so far gotten. When you read this, if you’re thinking ‘well, that lineup does have a lot of fans!’ remember that ‘underrated’ doesn’t always mean completely ignored. It could just be overshadowed by something else!

And finally, these lineups I’m highlighting below are not necessarily my favorite lineups of these bands! I want to underline that. I love and respect all these musicians. And some of these may be my favorite lineups of the respective bands too – but it’s not necessarily the case with all of them. It’s just my way of acknowledging that some lineups needed more time to truly show the fans what they could do.”

With that said, here’s the second volume of Underrated Lineups.

In other words, the Edge of Thorns lineup. You may argue that Jon wasn’t in Savatage during that time period, but I’d argue otherwise. He may not be present in the band photo; but he recorded keyboards for the album, and he was involved in the songwriting, so I consider him very much a part of the lineup for the Thorns era. Besides, how could you not include Jon in anything related to Savatage?

I’ve written about Savatage before. They are one of my favorite bands. Out of many bands for whom we use the word “unique”, Savatage is probably the most deserving. Regardless of the era or the line-up, I’ve always found amazing songs in every album. That’s what makes them so great.

So, why focus on this particular era? Well, maybe because it was short lived. Criss was taken from us way too soon so this line-up could only produce one album. But that album, Edge of Thorns, is absolute magic from start to finish. I know many Sava fans will disagree, but to me, it is their strongest offering. And a big part of that is the combination of Criss Oliva’s stellar guitar playing, and Zak Stevens’ vocals. 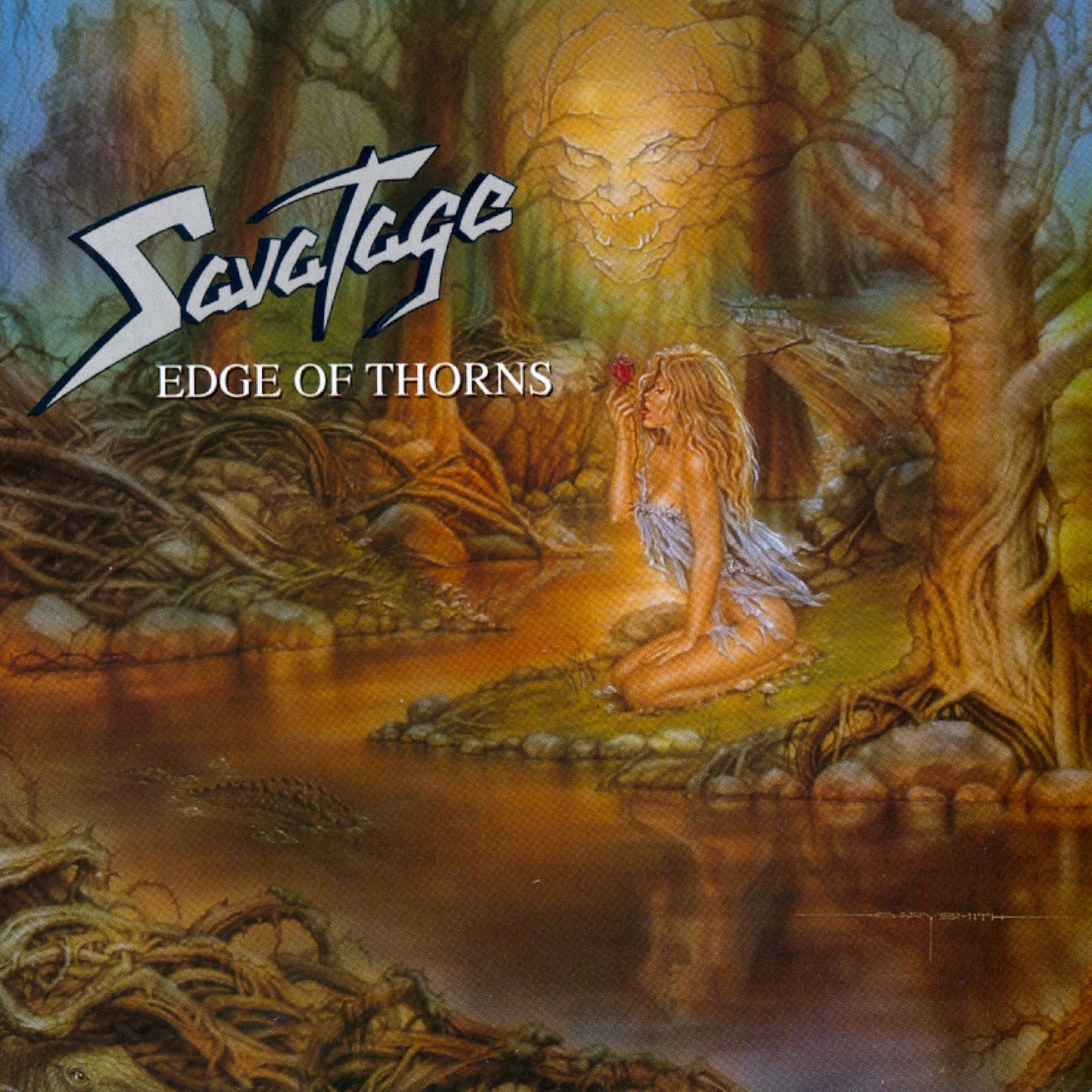 Before I start getting hate mail, let me clarify one point. I love Jon Oliva’s vocals! If you call yourself a Savatage fan, chances are you love his vocals because he’s sung most of their material. And my introduction to Savatage was a “best-of” compilation which started with Oliva-fronted tracks that I loved. But when I first heard Zak it truly blew my mind. Zak is easily one of the most underrated singers in heavy metal but that’s a topic for another day. Suffice it to say, as much as I loved Oliva’s vocals, I slightly preferred Zak’s. I suppose I still do. Furthermore, because they adjusted their songwriting to fit Zak’s singing style better, they created something that was truly new for them. It didn’t have the more theatrical style of their earlier work, but it allowed them to approach more daring vocal segments and arrangements that they had not done before.

Zak, of course, went on to front a few more albums after Criss’ passing. The Wake of Magellan, in particular, is another great album. But my choice for an underrated lineup would have to include Criss Oliva. The way he approached his guitar playing could sometimes be so beautifully aggressive, and his note choices and picking would be so ferocious, that when those things were coupled with Zak’s mellower and melodic singing style it created this incredible portal to another world. I can’t get enough of Edge of Thorns and I will never be bored of it.

I know that many fans consider Edge of Thorns to be one of Sava’s best. But when it comes to this particular line-up, I’d still argue that it’s underrated. Jon as a vocalist is such a force to be reckoned with – and rightfully so – that sometimes it overshadows what Zak did with this band, especially with Criss on guitar. It’s too bad there is no chance of getting another album or tour with this line-up. But we will always have Edge of Thorns.

I can already imagine some of the comments I’ll receive for this. But this line-up for sure is underrated and they made some amazing music! Hear me out…

First of all, I have nothing against the legendary Bill Ward. But Appice played on two of my favorite albums: Mob Rules and Dehumanizer. I could – and probably should – write an entire article on how amazing Dehumanizer is, but perhaps some other time…

Black Sabbath is already very popular. So is every member included in this line-up. But keep in mind “underrated” is all about relativity. Compare this line-up to all the different Ozzy eras. Can you really say they are equally recognized and praised? I don’t think so.

I mentioned this in my previous article; just because I list a line-up as underrated doesn’t necessarily mean that it is my favorite. Sometimes, I just want to pay my respects to a line-up that doesn’t get talked about very much. In the case of Black Sabbath, however, it is different. This is also my favorite line-up. Why? Well, that’s easy. Three words… or rather, 3 names… Ronnie James Dio. 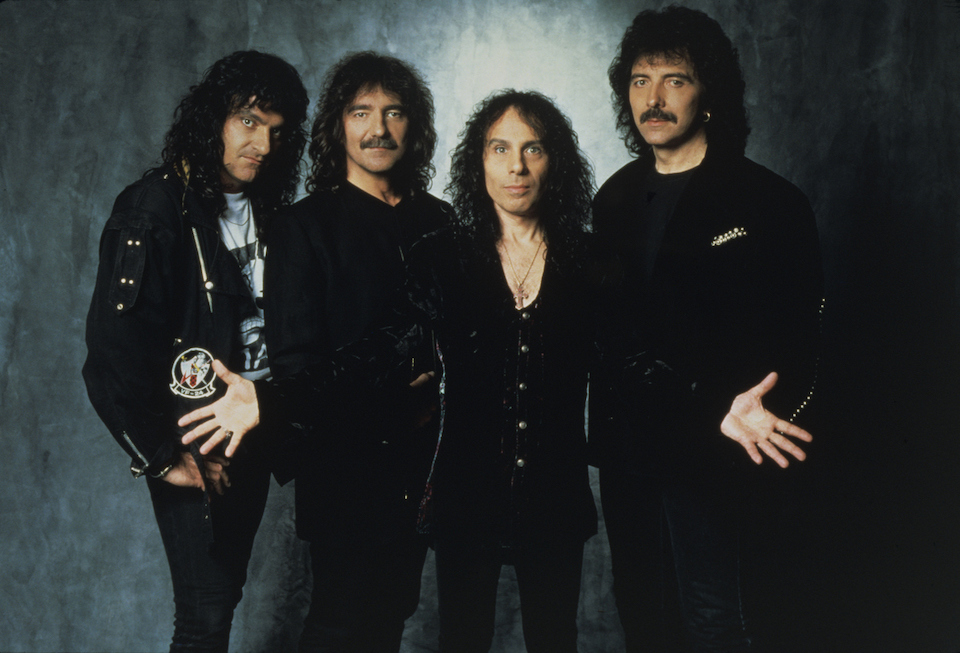 This is where some people will be upset with me but I’ve been listening to Black Sabbath for so long and I just can’t get into Ozzy’s vocals. Trust me, I very much appreciate his contribution to some of the earliest representations of heavy metal. But as much as I like the early Sabbath records, it wasn’t until I heard Heaven and Hell that I truly started loving this band. Dio was such an amazing singer. That force with which he sang the tracks still gives me goosebumps on some tracks. He elevated Sabbath’s music to another level.

When famous artists talk about Sabbath, they almost always refer to the Ozzy era. Nothing wrong with that; music is indeed subjective. But last year I was glad to see Megadeth’s David Ellefson talk about how he preferred the Dio era to the Ozzy era…

The thing is, Dio didn’t just change lead vocals in Sabbath. He also changed the songwriting. He made Sabbath, in my view, a better band overall. Unlike Ozzy, whose songwriting contributions even in his solo career have remained blurry, Dio had his own stamp in Sabbath tracks; especially in terms of the lyrics. But even the music shifted in style. It became heavier, and Iommi started going into territory that Dio’s vocals greatly enabled. I mean, listen to any track on Dehumanizer and tell me they could have been written with any other vocalist fronting the band… It just couldn’t have happened.

If you prefer the Ozzy era, that’s fine. Like I said, I like those albums too and I will always respect Ozzy’s place in heavy metal. But when I think of Sabbath, I think of the Dio-era. And until I feel like his material gets the same praise and recognition as the Ozzy era, I will consider his era underrated.

Already have an idea for Vol. 3. What are some other line-ups that have remained underrated?