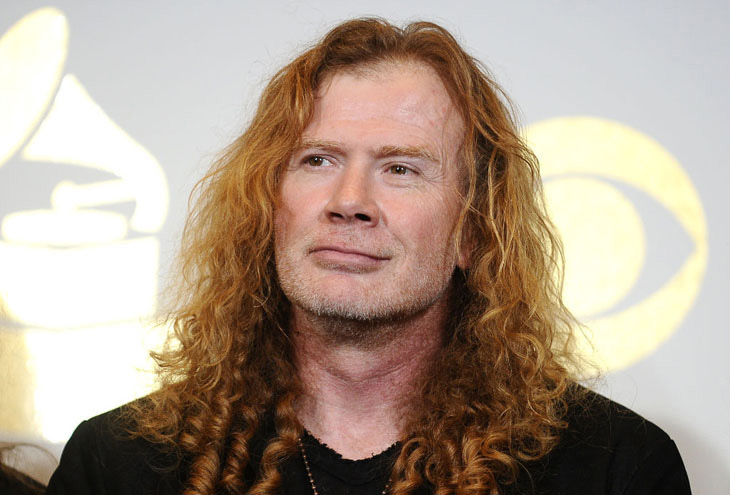 I wanted to take a moment to say a few words about Dave Mustaine and his most recent update. On June 17th, Dave announced that he had been diagnosed with throat cancer. It was a huge shock to the metal community. As far as we knew, Megadeth was busy working on a new album and they were already booked to play quite a few shows the rest of the year.

I’ve been diagnosed with throat cancer. It’s clearly something to be respected and faced head on – but I’ve faced obstacles before. I’m working closely with my doctors, and we’ve mapped out a treatment plan which they feel has a 90% success rate. Treatment has already begun. ⠀⠀⠀⠀⠀⠀⠀⠀⠀⠀⠀⠀⠀⠀⠀⠀⠀⠀ Unfortunately, this requires that we cancel most shows this year. The 2019 Megacruise will happen, and the band will be a part of it in some form. All up to date information will be at megadeth.com as we get it. Megadeth will be back on the road ASAP. ⠀⠀⠀⠀⠀⠀⠀⠀⠀ Meanwhile, Kiko, David, Dirk and I are in the studio, working on the follow up to Dystopia – which I can’t wait for everyone to hear. ⠀⠀⠀⠀⠀⠀⠀⠀⠀ I’m so thankful for my whole team – family, doctors, band members, trainers, and more. ⠀⠀⠀⠀⠀⠀⠀⠀⠀⠀⠀⠀⠀⠀⠀⠀⠀⠀ I’ll keep everyone posted. ⠀⠀⠀⠀⠀⠀⠀⠀⠀⠀⠀⠀⠀⠀⠀⠀⠀⠀ See you soon, Dave Mustaine

Everyone has that one band that got them into their favorite genre. To me, that’s Megadeth. I was already a fan of Queen and some other rock bands; but as young as I was, I knew something was missing. I wanted more intensity in my music. Soon after, I found it. And I’ve been a fan since that first time I heard Rust in Peace back in 1998.

Over the years, my appreciation for Megadeth only grew. Of course, Dave Mustaine is a huge part of that. When it comes to writing metal riffs that push technical boundaries while keeping an amazing groove, no one comes even remotely close to him. And while we may have our own opinion about various topics on which he’s shared his thoughts, I’ve always respected his resilience, honesty, and fearlessness. Not to mention, he’s one of the hardest working musicians in the industry. Megadeth has had other members that have contributed, but let’s be frank here. It’s always been Dave that put the biggest effort, kept the band alive in all these decades, and faced the brunt of the criticism even when the reality wasn’t what was being reported at the time. That’s a lot to deal with – but he’s dealt with all of them. Megadeth is still here. And so is he.

On a more personal note, if I have this website, and a YouTube channel, and I love this music with all my heart, it is thanks to him. Take a look at the name of my site, you’ll know where the influence came from. I’ve met him a few times and have some signed items, as well as a picture with the band from a few years ago. All precious memories…

Throat cancer is a serious diagnosis. No one thinks otherwise. Dave worded his announcement exactly how you would expect him to. His message was resilient, cautiously optimistic, and earnest. He has to be serious about this, but I felt encouraged to see he believed in himself, his doctors, and everyone who surrounded him. He’s got a strong personality, which, no doubt, will help him during this difficult time.

Dave said there already was a treatment plan with a “90% success rate”. He added that the treatment had already begun. Those are both good news.

The band is still working on the follow up to Dystopia. So, it sounds like Dave is still involved with the recording and writing. I hope Dave still writes the bulk of the music. It’s not that the rest of the band can’t come up with good stuff, it is that without Dave’s writing, you don’t have the Megadeth sound. I’d love especially for Kiko to contribute more, but I want the Mustaine touch on the record. Dystopia was amazing, and it had Dave’s songwriting all over it.

Most Megadeth shows are going to be canceled this year. Everyone respects that decision. Dave did say the Megacruise will still happen. So, if you purchased tickets for that, you’re good. Megadeth will be involved in some way, but what that involvement looks like will have to be determined later.

Dave, I don’t think you’ll ever read this. And, of course, you shouldn’t worry about some random guy’s thoughts. But if you ever do read it, I want you to know we’ve got your back! I believe in you, and I know you’ve got what it takes to beat this. I’ve been following all news from your camp since I became a fan, and man, you’ve overcome so many adversities before. This will be no exception.

Through thick and thin, your fans are here for you.

“Had fingers in my eyes,

Had needles in my veins.

A knife right through my heart…