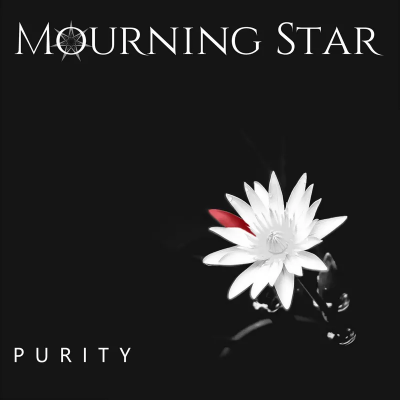 There have been some exciting new releases this year from many artists. It’s hard to catch up. It’s a good “problem” to have because it means there’s a lot of new music to check out. But sometimes you hear music from smaller bands; bands that are trying to establish themselves in the industry, and you worry that it won’t get attention because we can only catch up with so much! Mourning Star is a newer band and their newest EP, Purity, is their message to their audience.

Comprised of 6 members – the band has 3 guitar players, in the style of Iron Maiden – Mourning Star was formed in 2014 by lead vocalist Luke Gaughan and guitarist Andrew Marcoullier. They wasted no time in getting an album out. Their debut was released the following year under the title Dead Yet Alive. After member additions and finalizing their line-up, they started work on an EP, our main topic for this article, called Purity. They consider themselves a hard rock band. I’d say that’s true, but I definitely hear much heavier elements too. They also unapologetically cite their influences and list bands like Avenged Sevenfold, Metallica, and Gojira as some of their influences. That should also give you an idea of what you might expect. 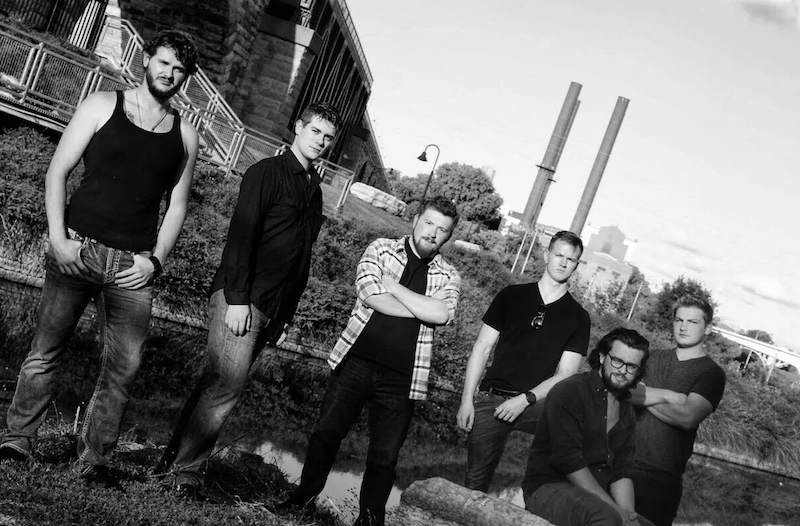 My overall impression is that I see a band on a great path. I started with their EP because that’s what I’m analyzing, but then I went back to their debut. While you can hear Mourning Star’s influences in the EP too, you definitely hear it a lot more in the debut. On this EP, I hear a band really focused more on finding their own sound. Andrew Marcoullier says the first album was just he and Luke Gaughan when they were just starting out, whereas this EP was a larger collaboration with the new members also contributing. Plus, with each year they were building more experience. All in all, the growth shown in Purity compared to Dead Yet Alive is striking. I hope they continue to find ways to express themselves in their own way.

Another difference between the debut and this new EP is the production. The EP sounds a lot better, the mix is done well and it’s easier to hear each instrument. Again, this is pretty common too. When you’re starting out and trying to get your music out there, you may not have the budget, time, or the network to work with the right people and get the sound you had on your mind. For Purity, the band went to Detroit and recorded in a studio where bands like Fallout Boy and Shinedown had also recorded. It’s yet another area where I saw growth in them.

Let’s get into songwriting. The EP consists of 5 songs, so it’s an easy listen. Every song is different from one another. When you have 6 members and everyone has a slightly different taste, I guess that’s natural.

I think the best tracks on the EP are I Recall and Burn the World. They’re very different from one another, but these two represent something that is uniquely theirs. At least that’s what I took from them. Just solid songwriting, execution, and sound. I Recall has a mellower vibe overall, with some heavy hooks throughout. It’s also a great track to showcase Luke’s vocal ability; he can go from mellow singing to more aggressive and that’s an asset you want to have if you’re singing for a heavy metal band.

Burn the World is another successful execution. You gotta love songs where you can’t predict what’s coming next. The track start with a guitar harmony that would make Iron Maiden proud! And then the main riff has this exotic vibe that I was drawn to. The chorus is completely different than the verses, but that’s exactly what I liked about it. And when I say different, I don’t just mean different chords or riffs, just a completely different vibe! It’s harder to execute than you think; but I liked what I heard. The singing fits the vibe well and shows the variety in Luke’s singing since the song goes through multiple changes. The drums and bass keep the groove at all times. And around 2:35, the song goes into yet another change and gets much heavier! We get some cool lead guitar work; exotic like the main riff… Absolutely stellar track.

The rest of the tracks still offered cool parts that definitely prove these guys have what it takes to build a solid fan base around the country. In certain songs I could still hear the influences, which is totally fine as it happens to everyone, but their own sound is good enough to stand on its own. I would be interested to follow their future releases and see where they go from here as they further hone their craft.

You can check out Purity on Apple Music or Spotify. It’s also available on the iTunes Music Store.